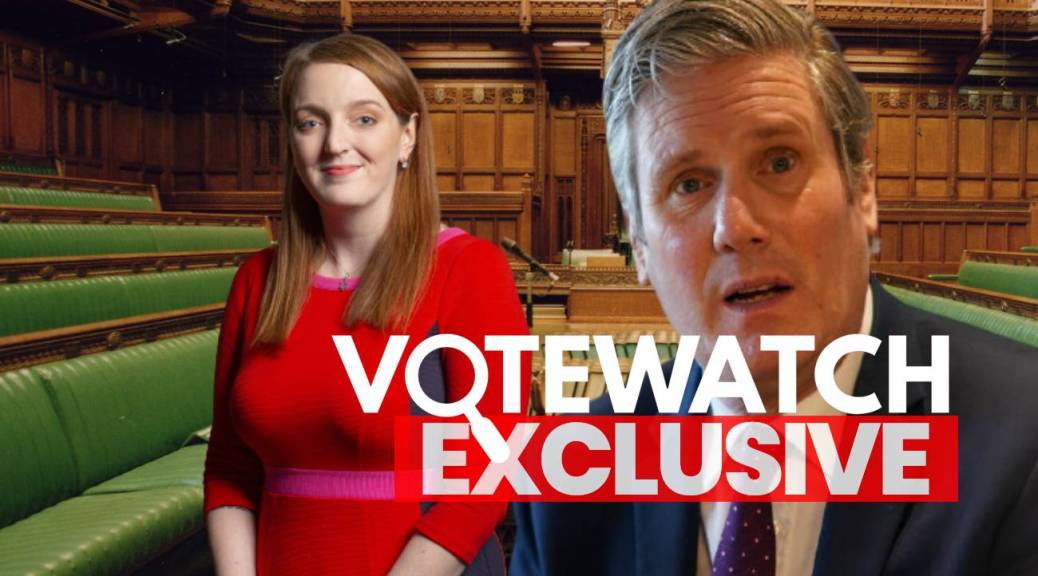 A LABOUR MP has been caught lying on her nomination papers, in a successful bid to help win a seat 180 miles away from her home during the 2019 General Election.

Amid complete silence by the mainstream media, Police launched an official investigation into Labour MP Charlotte Nichols after she was proven to have lied about her place of residence at the time of applying to be a Parliamentary candidate for Warrington North.

By law, it is a serious offence to supply false information to the electoral registration officer, with this form of electoral fraud often leading to a custodial sentence. Likewise, it is illegal for a candidate or their agent to record false information on their nomination papers.

In 2019, Nichols (daughter of Labour-backing TUC president Ged Nichols) was gifted the ‘safe’ seat of Warrington North, where the retiring Labour MP, Helen Jones, had a 9,000 majority. Parachuted into the constituency from her home in Islington with full backing from Jeremy Corbyn, who was the leader of the Labour Party at the time, Nichols was then forced to quickly put together her campaign strategy.

Lying on her ‘Statement of persons nominated’ for the election on December 12th, 2019, however, Nichols recorded her address as being in Burtonwood, Warrington – the home of Labour Deputy Council leader of Warrington, Cathy Mitchell. Nichols signed this legal document as being a truthful statement that she lived in Burtonwood, and the notice of nominations was then published on 14th November, 2019.

The truth, however, is that MP Charlotte Nichols didn’t live in Warrington at all, but at the time had only stayed in the area on a temporary basis whilst campaigning. In fact, MP Nichols recorded elsewhere that at the time of her nomination papers being completed, and even during her campaign, she still lived in her 2 bed flat 180 miles away in Islington, London.

As VoteWatch has now verified via the electoral roll and the Land Registry database, Nichols had not only lived in the 2 bed apartment on Canonbury Road, in Jeremy Corbyn’s constituency, for at least a year, but continued to live there during her campaign – even ordering her election leaflets to that very same address.

The dates on these invoices to her home address in Islington are the 13th November, 2019, and the 20th – both AFTER she falsely recorded on her nomination papers that she lived in Warrington.

Purchasing campaign literature from printing firm ‘LeafletFrog’, Nichols recorded her address as being the flat in Islington, and had the election leaflets sent there on at least two occasions during her campaign. Should Nichols have truly been living permanently in Warrington as she stated on her nomination papers, it is beyond any logic or reasoning as to why she would order campaign literature intended for use in Warrington, to her address 180 miles away in Islington, if not for the fact that she lived there.

Furthermore, VoteWatch has verified that receipts submitted by Nichols herself as part of her election expenses clearly show her as having rented an Air B&B in Warrington on 15th November, 2019 – once again AFTER she signed a legal document falsely claiming she lived in Warrington North.

Police initially confirmed that they had launched an investigation, with full details not provided, and the story being completely absent from the mainstream media.

Shockingly, after a copy of the letter sent by Cheshire Police to one of the complainants was forwarded to VoteWatch, we can now confirm that Police will be taking no further action, with the constabulary citing their intention to prosecute, but giving the reason not to do so as being that they ran out of time.

Waiting until the very last hour, the letter references the Coronavirus pandemic as a contributing factor/excuse for not wishing to prosecute, saying that they had gathered a ‘large amount of material’, yet that their investigation ‘had to be balanced against the backdrop of the COVID pandemic and the disruption this caused to both policing and the wider public.’

They also confirmed that, having a large volume of evidence, they had applied to extend the time limit to conclude their investigation, to help them form a stronger case to prosecute Nichols and the Council leader of Warrington Council, Russell Bowden, who (along with the Deputy leader whom Nichols claimed to have been living with) had signed Nichols’ papers as a nominee. Yet their request was shockingly rejected by a Judge at Warrington Magistrates Court.

“Cheshire Constabulary has considered appealing this decision, however having sought legal advice, an appeal is likely to be unsuccessful”, the Police force confirmed.

This year, a Labour Councillor, Chaudhary Mohammed Iqbal was jailed for 17 months after committing the exact same crime as MP Nichols – lying about his address on his nomination papers to help win his seat.

VoteWatch has now registered a complaint with the Electoral Commission, and has contacted the Parliamentary Commissioner for Standards. We have also contacted Cheshire Constabulary for further comment.

We will update in due course.