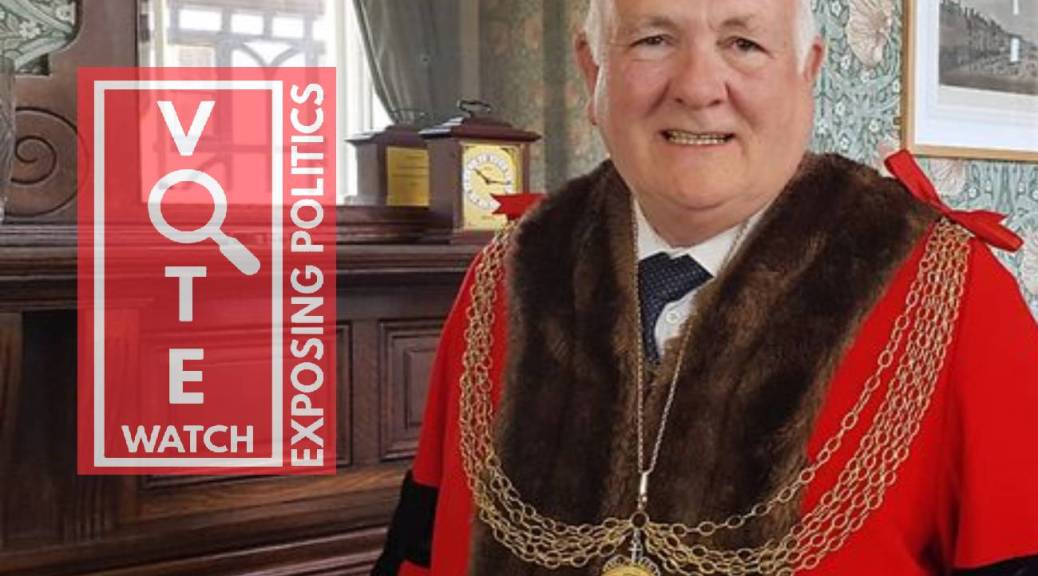 THE Labour Mayor of Great Yarmouth has been suspended from his party while so-far undisclosed allegations are investigated.

Cllr Michael Jeal, a long-serving councillor who has sat on the council continuously since 1986, was suspended this week under mysterious circumstances, meaning that he now remains as an independent until the matter is resolved one way or the other.

Trevor Wainwright, leader of the Labour group, said he would not elaborate on the nature of the allegation against Cllr Jeal, describing it as “an internal party matter”.

In a statement, Great Yarmouth Borough Council simply said: “The council was formally notified earlier this week and updated the website accordingly to identify Cllr Jeal as an independent member.”

VoteWatch will provide an update once more information becomes available.